The Proud Bastards: One Marine’s Journey from Parris Island through the Hell of Vietnam

of Vietnam and the Tet Offensive with the Second Battalion, Fourth Marines.

In 1967, a young E. Michael Helms boarded a bus to the legendary grounds of Parris Island, where mere boys were forged into hardened Marines—and sent to the jungles of Vietnam. It was the first stop on a journey that would forever change him—and by its end, he would be awarded the Purple Heart Medal, Combat Action Ribbon, Presidential Unit Citation, Navy Unit Citation, and the Vietnam Cross of Gallantry.

From the brutality and endurance-straining ordeals of boot camp to the endless horror of combat, Helms paints a vivid, unflinchingly realistic depiction of the lives of Marines in training and under fire. As powerful and compelling a battlefield memoir as any ever written, Helms’s “grunt’s-eye” view of the Vietnam War, the men who fought it, and the mindless chaos that surrounded it, is truly a modern military classic.

The Private War of Corporal Henson

Henson back to the World-his hometown in the Florida panhandle. Seventeen years later, specters from ‘Nam still haunt the corners of Nathan’s life and the recurring nightmarish scenes of carnage won’t die. Desperate, he seeks help and joins a support group for Vietnam combat veterans.

Now a new war begins-against Post Traumatic Stress Disorder. In a series of gut-wrenching sessions, Nathan faces the ghosts of his past and shares the struggles of others as they confront and relive horrors and dark secrets kept locked inside. There’s Vic Guerino, a former Army helicopter pilot trying to adjust to the boredom of a grounded life, Dan “Doc” Matthews, wrestling with addiction brought home from the battlefields of Vietnam, and Rene Boudreaux, the loner who withdraws from society with paranoia ruling his every waking moment.

Nathan must conquer the demons of PTSD to win peace in his life, but it’s a harrowing rollercoaster ride through the valley of healing. The path is strewn with heartbreak and humor, hope and despair and love lost and regained. This is the comeback story of a heroic young man who saw it all, lived through it, and ultimately emerged from the shadows of war.

Of Blood and Brothers: A Novel of the Civil War — Book One & Book Two 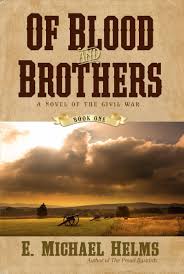 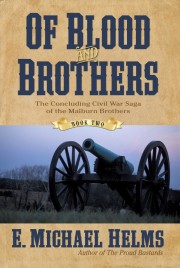